Duende Art Projects is proud to report a first institutional sale. The Minneapolis Institute of Ar was quick to acquire an exceptional early 20th century asafo flag by an anonymous Fante artist from Ghana. A very similar flag is held by the Royal Museum in Ontario (#2012.65.18) and attributed to the artist Nana McCarty from the Anomabu workshop. This flag was one of the eight examples presented during "Threads", all of which found a new home before the end of the show. 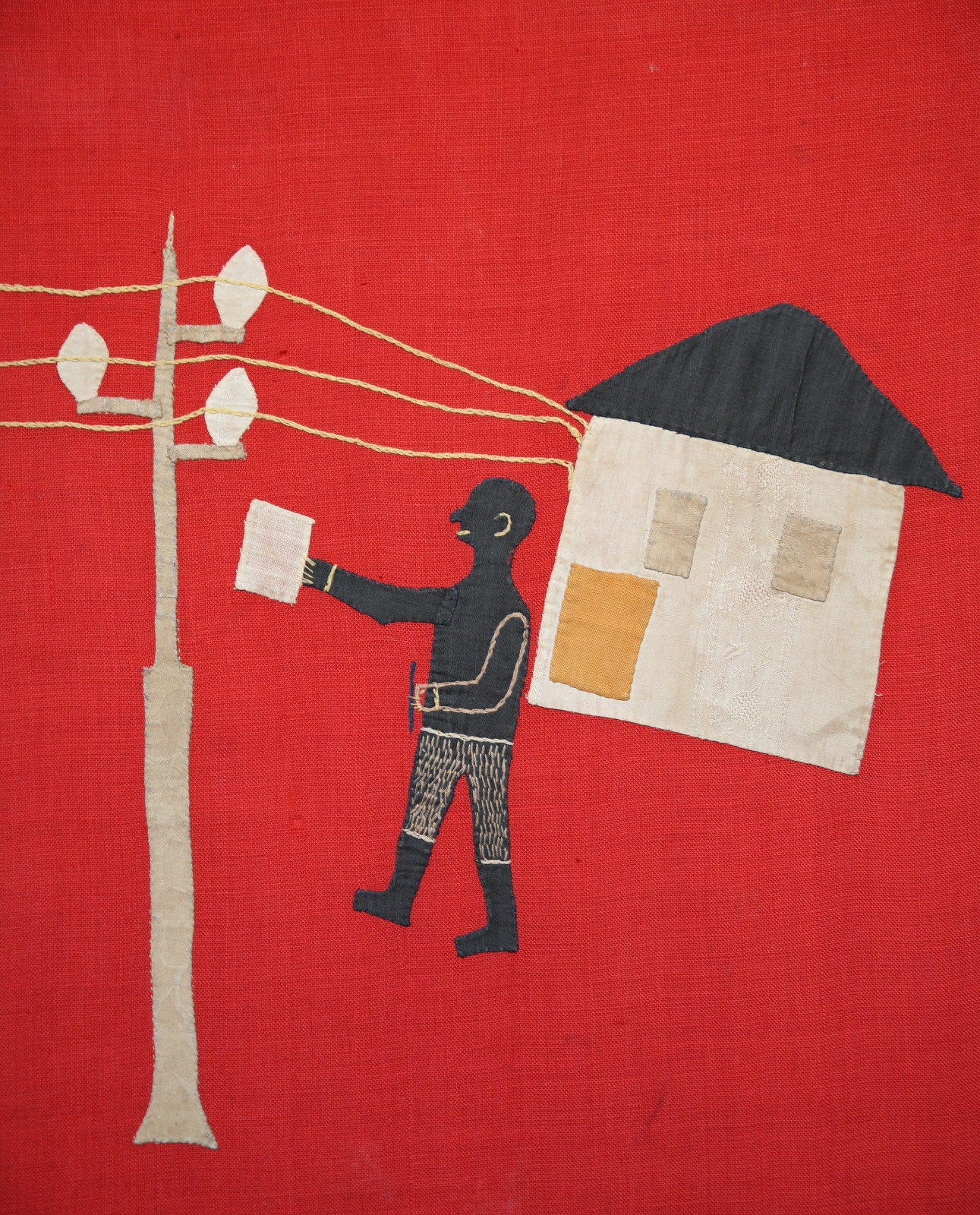 Technical innovations as the telepgraph were particularly interesting as a motif in Fante flags shortly after its introduction on the Gold Coast, dating this particular flag to the early 20th century. The telegraph network, from Takoradi to Accra along the coastal line of Ghana was completed in 1910. The colouring of this flag is characterised by an ingenious play with pairs of opposites: the house on the left is just as mirror-inverted to its counterpart on the right as the white figure in front of the house is to the black figure on the right. The latter, holds a pen and document, symbolizing the message that would be transfered to the other side. This flag is a brilliant example of how Fante artists translated modern concepts within the traditional conceptualisation and representation of power. 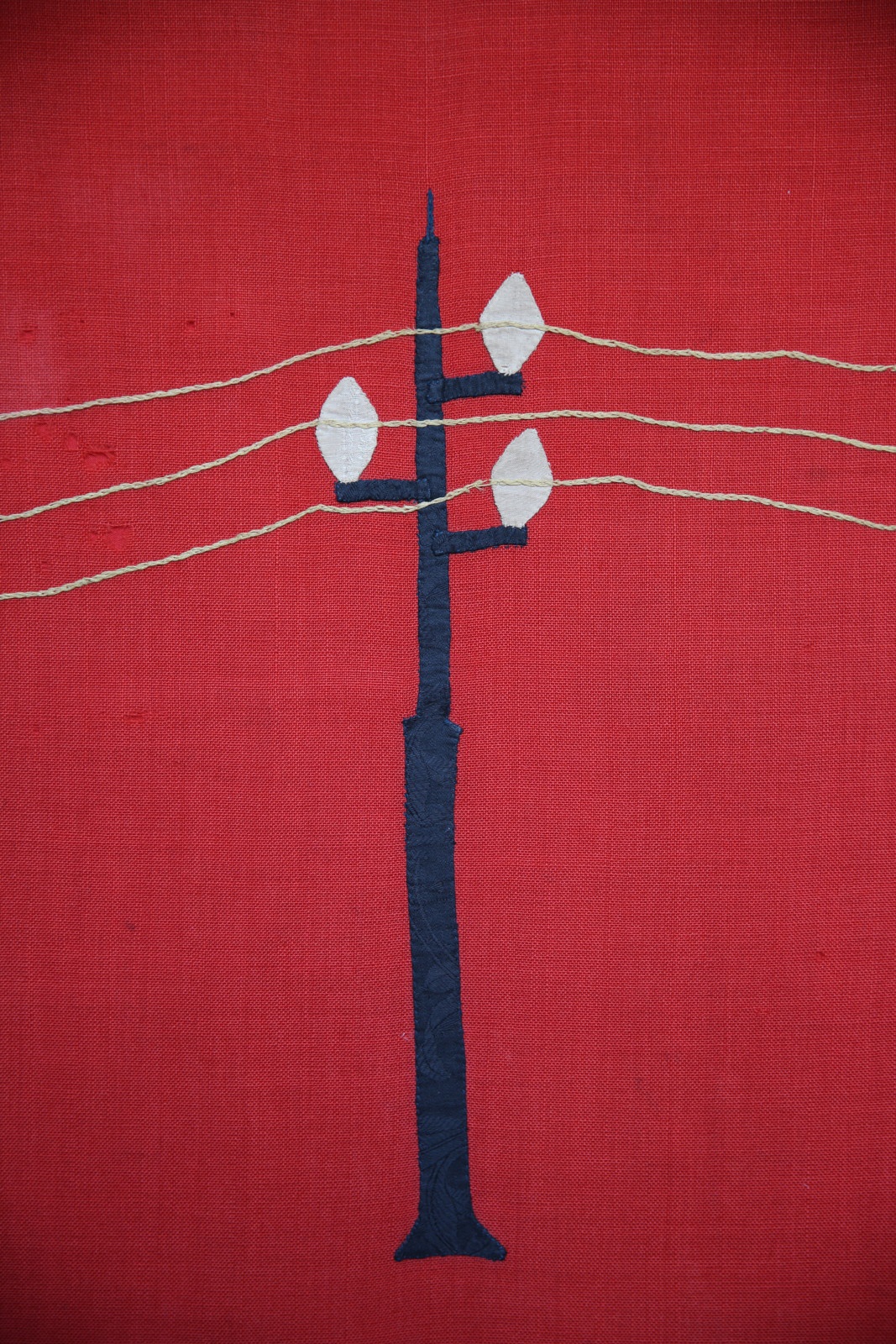 This beautiful representation of an electrical line connecting two houses is less surprising than it might appear. Too long Western observers considered traditional African cultures as free from any external influences. However, Fante culture was keen to incorporate many of the technical achievements introduced by the Europeans, and many such elements quickly found their way into Asafo iconography. Several known flags show depictions of ships, cars, trains, airplanes and bridges very early on. Indeed, the symbolic world of the Akan peoples, to which the Fante belong, has long been interspersed with European and Islamic elements. The Fante culture with its manifold assimilations perfectly illustrates the extent to which foreign elements and concepts were translated into their own thinking. An electric cable as an effective energy carrier and as an unsurpassed means of communication was just as attractive as a symbol of power for an Asafo company as more traditional symbols such as a whale or elephant. The telegraph, as a symbol of communciation across great distance possibly was also a metaphor for higher knowledge.