African art in Game of Thrones

A bit late to catch the hype about this television series, but attentive viewers surely must have spotted that the Dothraki warriors from Essos in Game of Thrones put blankets on their horses that do look very Congolese! In fact, the costume designers were clearly inspired by the famous textiles from the Shoowa & Bushoong peoples, who were part of the Kuba Kingdom in D.R. Congo. 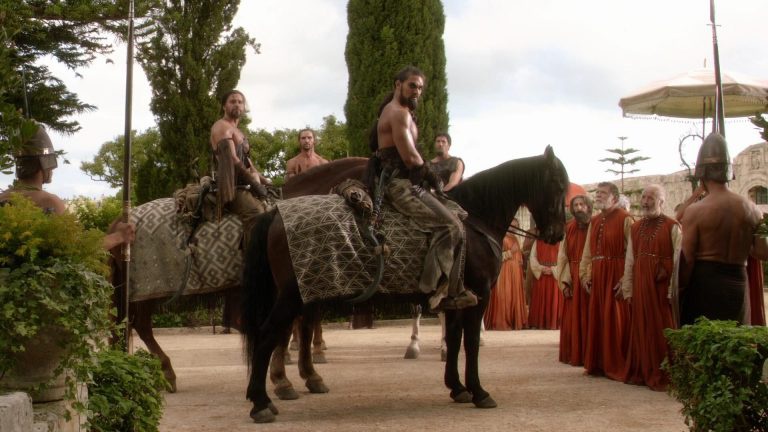